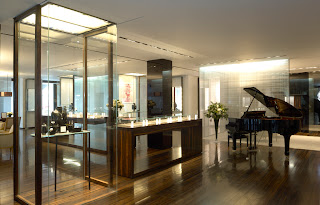 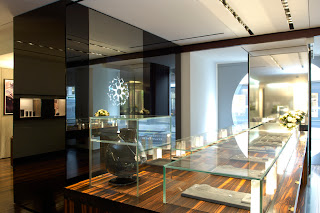 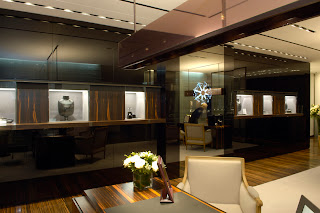 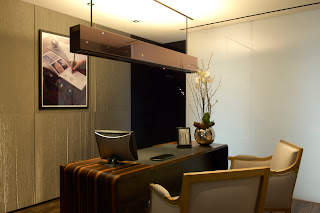 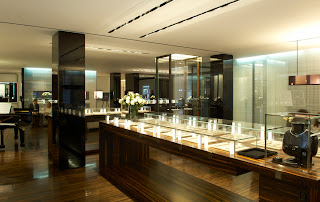 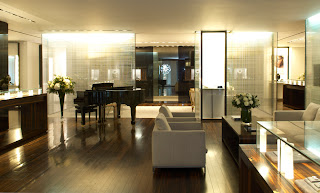 A recent shoot to photograph the brand new interiors for De Beers Jewellery in New Bond Street.  A lovely interior to photograph, the main challenge being the extensive mirrors, glass and reflections.
Posted by Colin Streater at 08:16 No comments:

#drawmystory by Lizzie Mary Cullen and Base Creative

A film I shot documenting London Web Design Agency, Base creative and Lizzie Mary Cullen in a social media experiment.  Starting on Wednesday 23rd Novmber 2011 at 1pm, for 48 hours, Lizzie drew non-stop on the studio wall of Base Creative.  The idea was to create a story illustrated on the wall, drawn purely from tweets sent in.  Each tweet would be line of a story or a full sentence.  As long as the hash tag #drawmystory was used, they were considered for the wall illustration.
This is the film of the experiment from start to finish and shows the toll the drawing develop and the toll48 hours without sleep takes on Lizzie.
Posted by Colin Streater at 08:43 No comments:

Absolutely Magazine Fashion Shoot, a behind the scenes short film.

A behind the scenes look at a recent fashion shoot for Absolutely Magazine.  The idea of a film came about as they wanted to  publicise that all their fashion shoots are original highly planned events, shot at local locations and and not just bought in library images.   The shoot took place at First Floor Portobello in Notting Hill and was filmed and edited by myself.
There is a longer 3 minute version, which I might post at a later date.
The only hurdle I faced was that the rooms were  incredibly dark with little in the way of available light. Fortunately that just ads to the ambiance which is further enhanced by the music of Robert Johnson.
The fashion photographer is Mike Blackett with styling by Charlotte Kewley. The images as they appeared in the magazine are included in the film.
Posted by Colin Streater at 09:24 No comments: