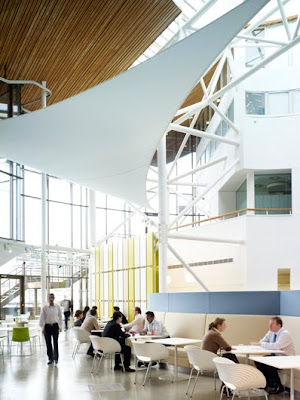 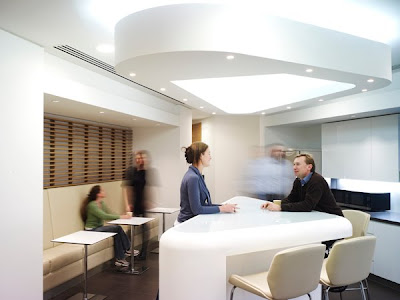 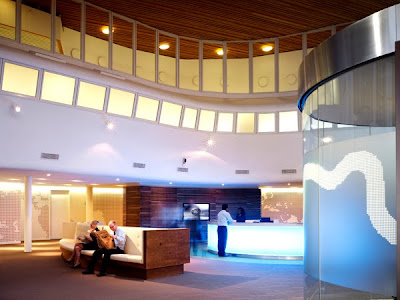 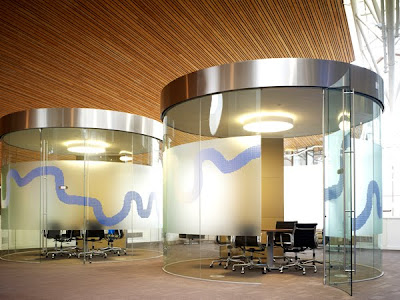 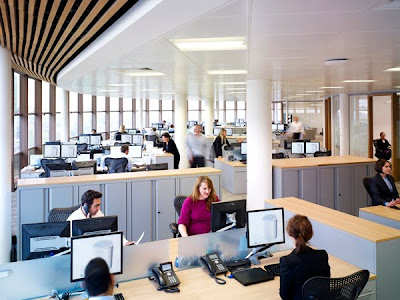 An iconic landmark as you enter London along the A4 The Ark has always fascinated me. Built in the early ’90’s it has recently had it’s interior completely redesigned by Aukett Fitzroy Robinson. These images show the new interior that enhance the original design of the building.
Posted by Colin Streater at 06:49 No comments:


The end of the year and I finally get to see the short film that I helped research and film for a local education charity Worldwrite, who tirelessly campaign for global equality. This short film tells the tale of the Battle of Cable Street. A mural still marks the spot where the East End locals fought against the police to stop the fascist movement under Oswald Moseley marching through the East End in the 1930’s.
Posted by Colin Streater at 06:44 No comments: 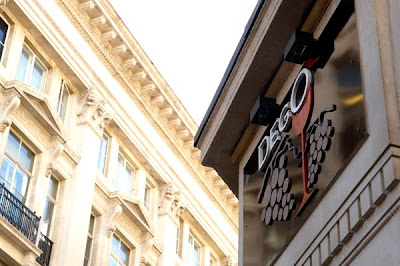 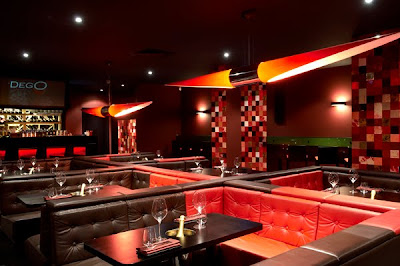 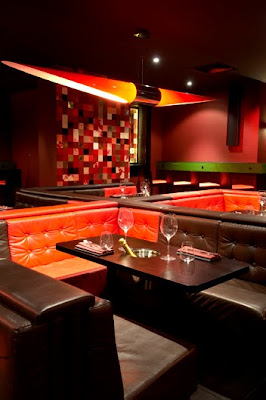 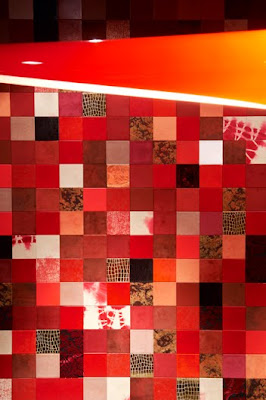 One of the things I enjoy most about my job is walking into an interesting and well designed space and looking forward to how I will translate it into imagery for the client. In October I was asked to do the marketing shots for the brand new wine bar, just off Oxford Circus, called Dego. A great new space that has a cool and relaxed vibe together with friendly staff and great Italian food. My images help to reinforce that vibe and will no doubt aid in pulling in the clients.
Posted by Colin Streater at 06:40 No comments: 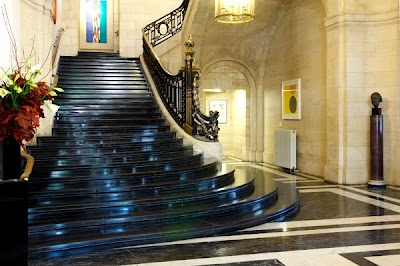 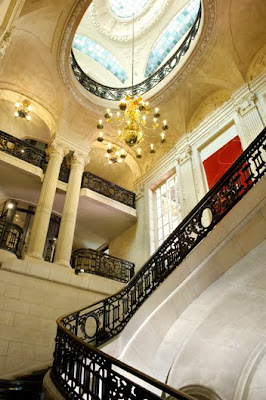 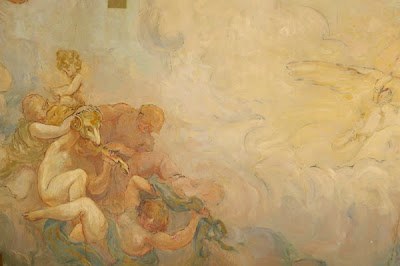 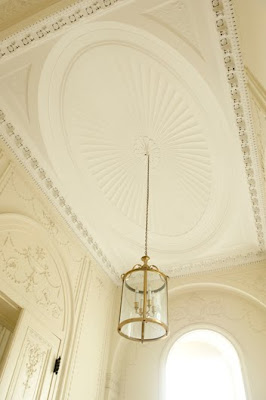 Not as I first thought something to do with the film industry, but the UK’s national academy for the humanities and social sciences, which is located at 10 and 11 Carlton Terrace.
Beautiful buildings designed by John Nash, who also designed Buckingham Palace, The Royal Pavilion and Marble Arch. Number 11 is the former residence of William Gladstone and is being totally refurbished to it’s original beauty. I was lucky enough to photograph the buildings for their future marketing purposes.
Posted by Colin Streater at 06:37 No comments: 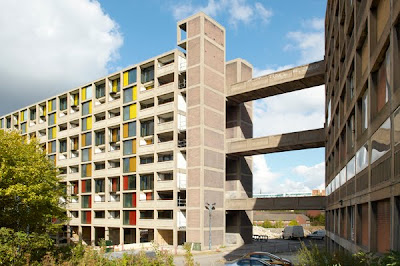 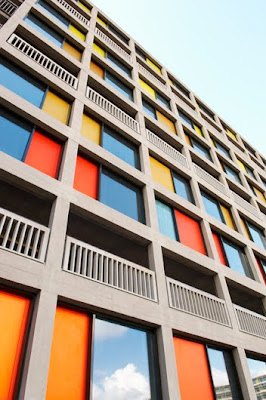 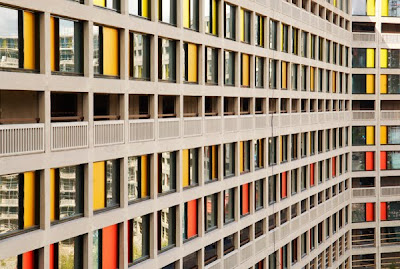 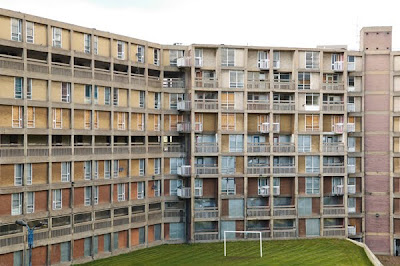 A long drive north was well worth the opportunity to photograph the redevelopment of the now famous Park Hill Estate in Sheffield for a feature in Building Magazine. Built in the ’60’s and heavily inspired by Le Corbusiers ‘Unité d’ Habitation’ it featured such innovations as “streets in the sky” large walkways intended to replicate the community feel of streets on the ground.
What was a roaring success when it was first built become a haven of social problems by the 1980’s leaving many wanting the place demolished. Despite this the buildings were given grade 2 listed status and now form the largest listed building in Europe.
Currently in the process of redevelopment by Urban Splash with Hawkins Brown as the main architects the estate forms an interesting place to photograph. Split into three distinct phases it shows great contrast. The bright modern redevelopment with it’s multicoloured facades, the totally deserted and derelict part awaiting redevelopment and on the far side the beautifully kept and still lived in part which shows how it was originally intended to be. Parts of the estate were also used as locations for scenes in the recent Shane Meadows TV drama This is England ’86.
Posted by Colin Streater at 06:33 No comments: 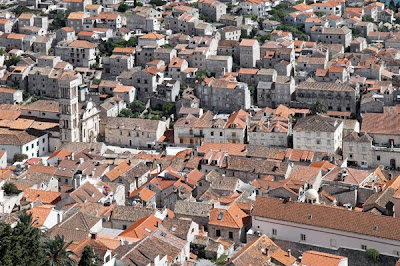 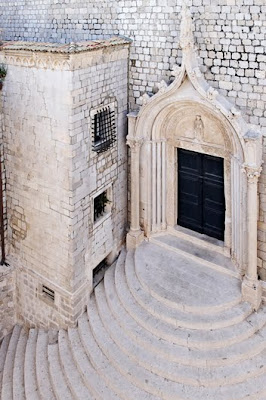 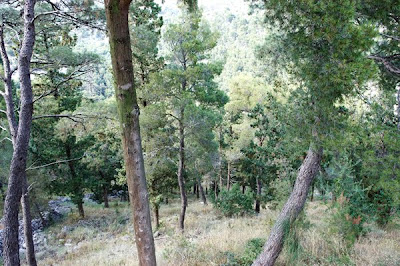 It’s been a while since I updated the blog, due mainly to the volume of work I’ve been undertaking. However in July I took a much needed break and travelled around Croatia visiting Dubrovnik, Split and many of the idyllic islands in between. A country of contrasts, it seems like just yesterday that I watched the bombs reigning down on Dubrovnik destroying what was once a beautiful city. Today if it wasn’t for the museums to remind you of what happened you would never believe it as you walk around the peaceful, vibrant and almost too picture perfect country. The only sense of any conflict is when you travel through the only part of the coast still in Bosnian control and see the huge warships sitting menacingly in the bay!
Posted by Colin Streater at 06:30 No comments: