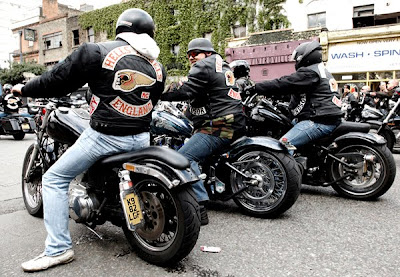 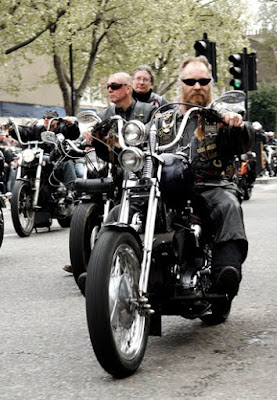 There are few things are as visually impressive as a full on Hells Angels funeral and judging by the numbers present at this one, the deceased was a beloved and highly respected member of the original UK chapter, issued in 1969 in London’s East End. Charger who died in an accident on the A1 on his way to a party had been a member for 38 years. Clearly a popular man attracting mourners from all over the world to show their respects. RIP Charger.
Posted by Colin Streater at 04:23