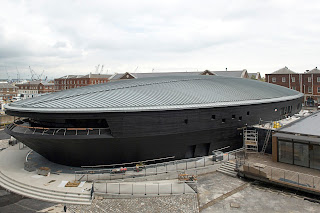 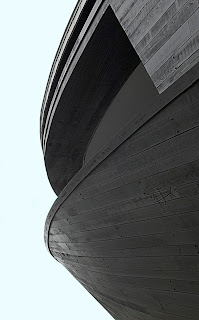 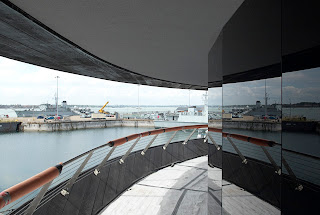 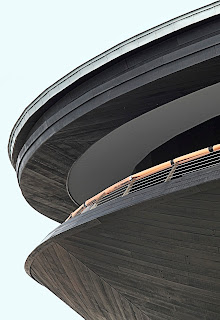 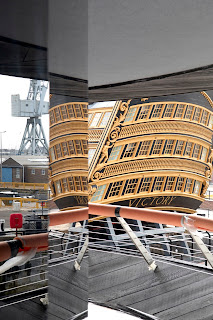 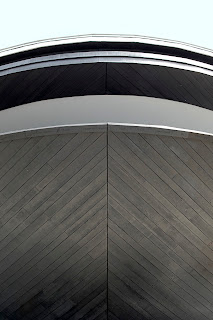 Photographs of the museum currently being built around the Mary Rose.
Built between 1509 and 1511, she was one of the first ships able to fire a broadside, and was a firm favourite of King Henry VIII.
After a long and successful career, she sank accidentally during an engagement with the French fleet in 1545.  Her rediscovery and raising were seminal events in the history of nautical archaeology.
The new museum will house the remains of the raised ship and many of the artifacts that were also found.