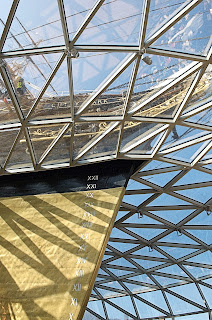 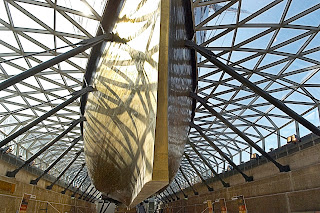 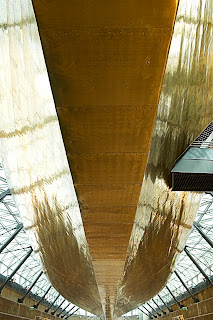 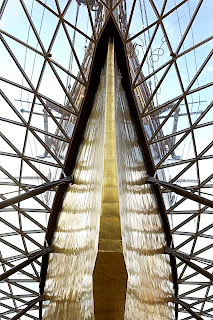 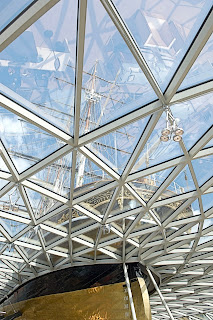 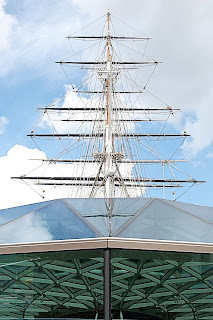 The 143 year old tea clipper has re-opened to the public after a fire nearly destroyed it during restoration work in 2007.  The core element of Grimshaw Architects’ ambitious restoration plans has been to raise it 3m from the floor of the dry concrete dock in which it has been berthed since the fifties. This subterranean void is now a cavernous visitor and exhibition centre, crowned by the giant spreading hull of the ship overhead.  The remainder of the space above is enclosed by a diagrid glass canopy that extends from the rim of the hull to the former dock edge. The glazing is also solar coated to protect the ship from summer heat.  The ship is supported by 24 steel cradle struts that extend diagonally from the ships upper deck and engineered by Buro Happold.
Posted by Colin Streater at 09:50