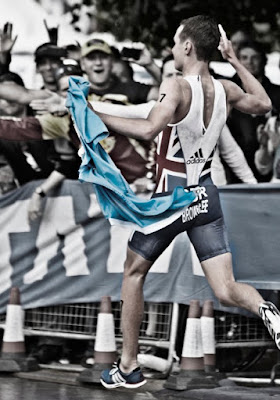 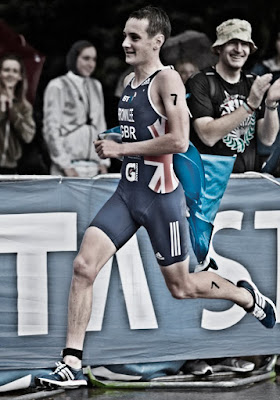 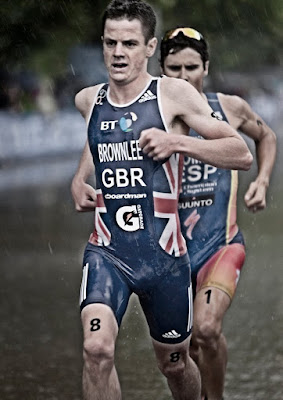 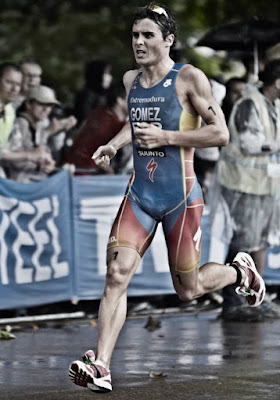 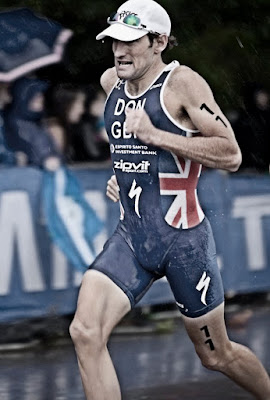 August saw me participate in my first Olympic distance triathlon. 1500m swim 40k cycle and 10k run. Not the fastest time, but not an embarrassment at 2h49m. Later I had the opportunity of watching and photographing the professionals on the same course. GB Olympic hopeful Alistair Brownlee smashed the course with an amazing 1.50.09. His brother photographed above with Javier Gomez came third in 1.51.04 securing them both a place in next years Olympic team. Tim Don also photographed and former world champion failed to qualify finishing 51st in 1h54m.
Posted by Colin Streater at 09:14